Major issue which occurs when the docker image gets deleted

In ODP ,when the Data service deployment fails we check the DM pod logs (please find below the attachment of the DM pod logs) .It is mentioned that error has occurred at the data step 1/11 :From odp:base image, i.e when its trying fetch the odp base image and the base image does not exists. 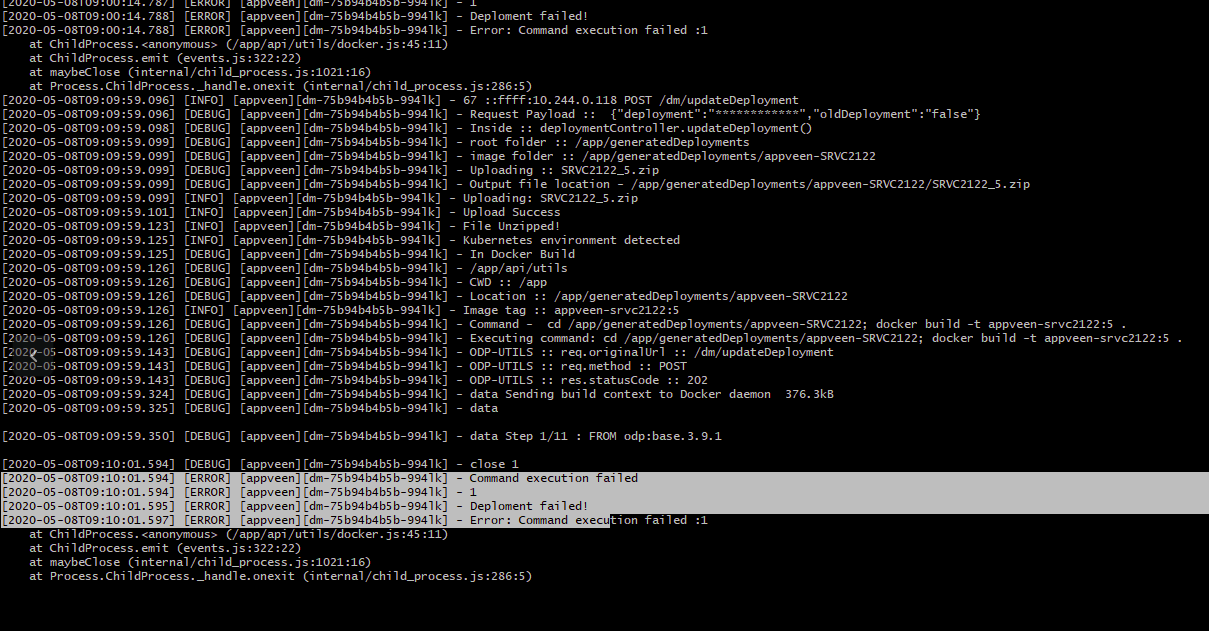 1. Make sure that exited containers are deleted.

When a docker container exits, the container is not deleted automatically. You can see all of the containers with ‘docker ps -a’ command. To clean up the exited containers, the command to use is as follows.

This will remove the exited containers. The -v flag is there to remove any containers that will no longer be needed. If there are no such containers you will see an error message like below.

It just means that there’s nothing to delete and you are good to go.

Docker keeps all of the images that you have used in the disk, even if those are not actively running. This is done so that it has the necessary images in the local ‘cache’. The command to remove these unwanted images is as follows.

Again, you might get an error message that the rmi commands need an argument if you don’t have any such images.

O
ODP is the author of this solution article.

Did you find it helpful? Yes No

Send feedback
Sorry we couldn't be helpful. Help us improve this article with your feedback.